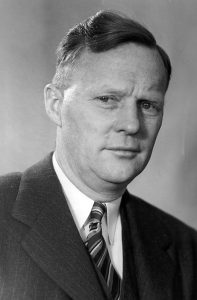 “First teach the child the value of work, not regimented play…teach him that a sunset over a verdant countryside has more intrinsic value than the most costly painting…teach him that bread comes from the soil and not from the store.” — Ernest Swift

Tough-talking and articulate, Swift was also an excellent writer, authoring many articles and an autobiographical book, A Conservation Saga. Among his many honors were the first Haskell Noyes Award for excellence as a warden (1930) and the Aldo Leopold Medal (1959).