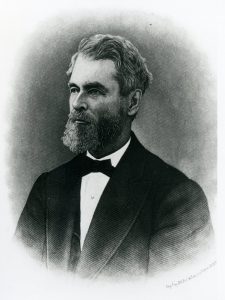 Lapham was the founder of the conservation movement in Wisconsin. He was a young civil engineer when he arrived in Milwaukee in 1836, three days before Wisconsin became a U.S. Territory.

His careful records on the pristine environment served as benchmarks for those who followed him. In 1855 he urged state legislators to authorize a natural history survey “before any more of the native species become extinct,” and he warned about the devastation of state forests 50 years before it became an issue.