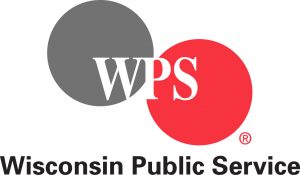 We are pleased to report that we have recently received a $200 contribution from Wisconsin Public Service (WPS) to be used toward our Organizing and Digitizing Nomination Docs Project. They wrote: “We are making this contribution because we believe together we can create a brighter future for the communities we serve.”

Thank you WPS for supporting our Wisconsin Conservation Hall of Fame mission.…

Out of the Mail Age and into the Digital Age, WCHF now has an on-line donate and join function. 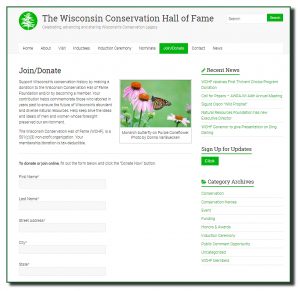 Thanks to some much appreciated volunteer time from Jim and Sunshine Buchholz, WCHF now has an online donate and join function. Use this page to renew your membership or make a year-end donation to the WCHF with the convenient PayPal feature. The Wisconsin Conservation Hall of Fame (WCHF) is a 501(c)(3) non-profit organization. Your membership/donation is tax-deductible.

“Following up on your recent announcement about WCHF now being eligible for Thrivent Choice Dollars, I gave the folks at Thrivent a call to make sure the Hall of Fame is now listed.  It is, so I have directed Choice Dollars to be wired to the WCHF Bank Account. I’m told that the wire transfer should go out at the end of next week and will show up on the next Bank Statement. It’s a start toward our 100th WCHF Inductee Fundraiser.

Your announcement, Donna, was a good explanation. If eligible Thrivent Customers are interested in directing Choice …

Goals of the program include: