“Conservation is the science of man’s successful living in relation to nature and her resources.” — Wallace Grange 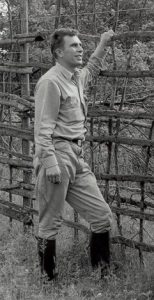 Wallace Byron Grange moved to Barron County as a boy and spent most of his professional career in Wisconsin. He was Wisconsin’s first superintendent of game and established the first state game farm.

He later privately founded the Sandhill Game Farm on more than 9,000 drained and abandoned acres near Babcock. There he created a conservation showplace which, since 1961, has been a state-owned wildlife demonstration and research area.

A widely-respected biologist, Grange authored several research papers as well as a volume on grouse studies and a textbook on game management.

He also wrote a nationally-acclaimed nature book, Those of the Forest, which is still in print.